Mystery LED in a box: part 5

I promised in the previous item to provide an update after my vacation. That was in August! Unfortunately my vacation doesn't take more then 3 months (I wish!).
It took me quite some time to make the mystery box actually listen to me. I was able to tell it stuff with the IR transmitter that I had to build, but it looked pretty deaf. The last hint I got was a little assigment to tell the box 'something':
"JIPPIE NU KAN IK OOK LUISTEREN. ZEG EENS IETS..."
I figured out that this 'something' had to be the word 'IETS', which is the dutch word for 'something'. 'IETS' has also the advantage to be fairly easy in morse code. Three dots, one dash and again three dots is all it takes (** *- ***).
Just two weeks ago I found out why me and the box were not on the same level. I made a little mistake with one of the resistors.... 3K3 IS NOT THE SAME AS 33K, IDIOT!
The 2K and 3K3 resistors serve as a voltage reference for the incoming photo transistor signal, and using a 33K resistor resulted in a 4.7V reference instead of the intended 3V.

Having that fixed the box and I renewed our vows and we were finally on speaking terms again. Telling 'IETS' to it with IR remote control waked it up and gave me a new sequence of morse pulses. I quickly hooked up my datalogger to log the sequence and let Matlab crunch the data: 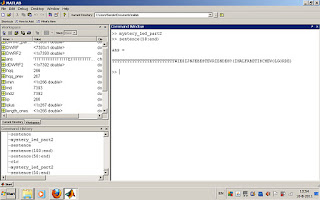 "WIE ZIJN JE BESTE VRIENDEN? (IN ALFABETISCHE VOLGORDE)"
Translated: "Who are your best friends? (in alphabetical order)"
Damn, that looks like a tricky question. This really could cost (or gain) me friends... I took the safe road and picked the names of the people that actually contributed to the wedding present. 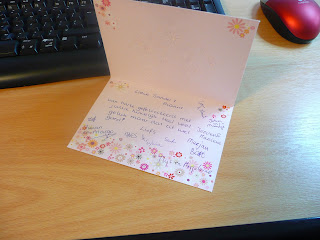 But some use their real name and others jotted down their nickname in the card. Some of the guys have actually nicknames that are used so often, their real names are already long forgotten (Bart? And who's Frank?). So multiple options here:

Regardless the right answer it promised to be a challenge to send this huge morse code sequence manually, although I realized that is exactly what they did back in the days in WW2. But then they didn't had microcontrollers like we have now so I followed Deddies Labs slogan ("Because anything deserves a microcontroller") and start putting together a morse code generator. 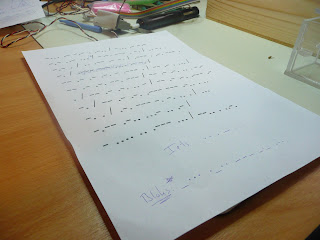 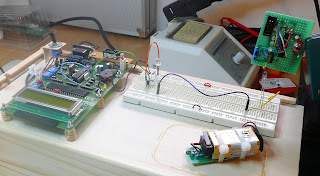 That worked! A little bird had told me in the meantime what the most likely answer was to the friends question, and finally the mystery box gave me the next morse sequence. Again twice as fast as the previous clue which was also double as fast as the one before that....
Inevitably the datalogger needed some more tuning since the last upgrade which boosted up the sampling frequency to a whopping 40Hz (!!!) proved not to be fast enough (C'mon guys, cut me some slack here). I actually compressed the data before storing it to the USB stick and decompressed it with Matlab (I will explain this later on in a different topic). It is now so freakin' fast that I myself don't even now how fast it is. I probably can expect some phonecalls from the CERN...

This clue is probably also the last clue the mystery box will give me, a running led sequence after the hint gives me the impression that its job is finished. I am shedding no tears, it is still electronics and it can't withstand salty water very well:

What the hell? Is this my final hint? This is not human readable. No easy "Congratulations, the present can be picked up at the trainstation in locker 1306"? Did I read the morse code right? Yes, I think I did! Did something went wrong with compressing the data or did Matlab had a bad day? Not likely.

Chuckles of recognition of some of my friends gave me definitely the idea that I got the clue right. As you all can understand, more to follow...